Elles sans Frontieres invite you to VIII Congress of Polish Women in Brussels.

It will take place on 3rd December 2022 in K-nal Pompidou Brussels.

We are proud to dedicate this year’s edition of the Congress to the feminist Ukraine.

Russian aggression against Ukraine caused a war in Europe. The war that is being waged under the slogans of this cultural war against ‘Gay-europe’, against Western democracy and common European values, against human rights, women’s rights, the rights of the LGBT + community.

This Russian propaganda conceals an anachronistic colonial aggression, but the political process that Ukraine has launched since the war in Donbas turns out to be modern and feminist. The participation of Ukrainian women not only in the army but also in the politics, civic society and economy accelerates and grows in power, raising the appreciation of the entire world.

If we are to fear backlash and the rise of nationalism in this part of Europe, let’s first look at the war from the feminist perspective. When feminism spoke of an armed struggle in herstory? Why was the participation of women in wars accompanied by the phenomenon of an ‘invisible battalion’? How to create a feminist defense? How do Ukrainian female soldiers fit into the feminist tradition of Ukraine? How to understand feminist Ukraine today: in terms of imagination, phantasms, ideas and concepts? How is the process of Ukraine’s decolonization intertwined with the feminist political process and how it transforms our historical ideas about Russian imperialism? Why does Ruscism use rape and sexual violence against women children and sometimes men as a weapon of war, and what does this mean in patriarchy? How to create a feminist policy to prevent violence against women, imperialism and fascism? How to strengthen the political leadership of women in this part of Europe?

The feminist Ukraine – at the very beginning of the country’s path towards the European accession – sends the Union an important message. The changes that are happening under the impetus of this war do not have to multiply the aggression and violence. Human rights, women’s rights, the rights of the LGBT+ community and the rights of minorities are the best possible response to Putin’s propaganda. Will Europe learn this lesson?

VIII Women’s Congress is being created in cooperation with the Ukrainian Cultural Institute in Paris, as well as with the global internet platform 'Women for Ukraine’. 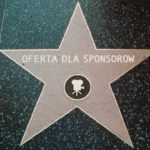